When I was considering hosting group hypnobirthing classes in Twickenham I wanted to host them in a warm and welcoming environment. It was then I came across The Heart in Twickenham. I had signed up to start a British Wheel of Yoga Foundation Course which was being held at The Heart. As soon as I walked in I knew this would be the perfect place to host hypnobirthing classes in Twickenham. Of course with it being such a lovely space it’s very popular but we found some dates that worked for me.

The Heart holds all sorts of wonderful holistic classes. To name a few – therapeutic, ashtanga vinyasa, pregnancy and Scaravelli inspired yoga.  A wonderful Pilates class for a range for abilities – held by my very dear friend Leanne. Wellbeing workshops such as massage, acupuncture, mindfulness and meditation.  Realising they hosted all of these holistic classes I knew hypnobirthing classes would be perfect here.

I came to realise during my Foundation Yoga Course that the Heart really does give back to the community of Twickenham supporting local charities. I was so touched and inspired when Tuesday – the lady behind The Heart came to tell us during our yoga course about her desire to have a ‘Heart’ in Kerala, India. A centre that gives back to the community such as the one in Twickenham. A place where India yoga retreats in Kerala could be held by Tuesday. Where for those people who love the idea of going to India for a yoga retreat but are slightly afraid Tuesday could organise everything from the transport from the airport, accommodation and the yoga.

The vision is to have The Heart in the seaside town in Kovalam, Kerala. A small coastal town in the southern Indian state of Kerala, south of Thiruvananthapuram. A beautiful place, which has a community feel and Yogi’s would be welcomed to practice yoga. Tuesday has spent a lot of time here and has grown close to the community.

So true to the word of what the Heart is about with money raised from classes held there Tuesday gave back to the community. Not only in Twickenham but in Kovalam too. A donation was made to Off The Record, a counselling and information charity for young people in the Richmond borough.  The money donated would be used towards things such as counselling sessions.  A donation of £400 was then also made to the community in Kovalam and with that raised they achieved so much.

I am totally in awe of how this centre in Twickenham has managed to make such a difference. To those in Kovalam and more closely to home to the young people using Off The Record. Hopefully by me hosting hypnobirthing classes I am making help a difference to by supporting such a great community centre.

The heart really does live up to this reputation. ‘A centre for personal and social enrichment and a place to connect with yourself and others’. The world is a better place when we’re trying to help others and our local community. We should celebrate places like The Heart and people like Tuesday who want to give back and help others.

So if you’re looking for group hypnobirthing classes in Twickenham held in a warm environment please do get in touch to find out more. I host these classes with a maximum of five couples and my upcoming course is held over two weekends.  Sunday 19th March and Saturday 1st April from 09.30 – 14.00. 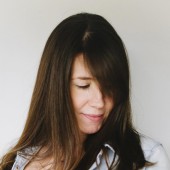